Early on in his life, Peskine was exposed to questions of identity: his grandfathers, Boris, a Jewish engineer survived a concentration camp, and Antonio, an Afro Brazilian carpenter raised his family in the inner city of Salvador, Bahia. Peskine’s work is thematically linked to the ‘Black Experience’ and has been featured in many publications from books, to prestigious newspaper such as the New York Times, Le Monde, O Correio da Bahia or Libération. His powerful portraits literally nailed into wooden planks pay tribute to the many individuals undertaking the dangerous boat journeys from North Africa to Europe. Using several sizes of nails, he uses the nail as brushstroke. He drives in the nails at different depths to create a sense of relief and to introduce a third dimension. The nail for Alexis represents transcendence.  It expresses pain as well as the force of resistance. 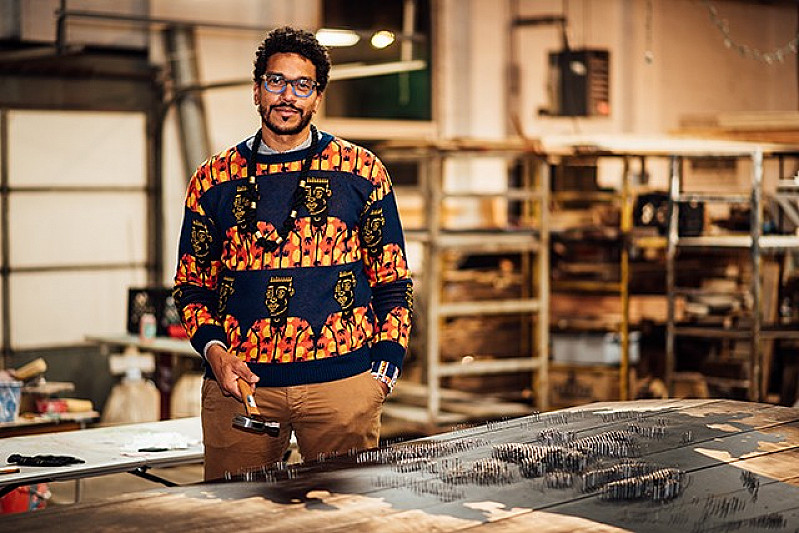