Grace Mokalapa’s love of art started in primary school. Her practice is focused on the body politics of the human consciousness and the perception of space, specifically the interaction between dark and light spaces and how this affects her subjects. Her fascination with the void and what it means to experience negative space, has led her to investigate, not the void, but what the void does to the onlooker. In this sense, her audience has become participants in her artworks and the core of her practice. Mokalapa’s interests lie in astronomy, architecture and philosophy and although her preferred medium is pencil, she is also involved in printmaking and uses video material.

Living and working in Johannesburg, Mokalapa received the Robert Hodgins Award (2013) and graduated from the University of Witwatersrand in 2015 with a BA degree in Fine Arts. She received a studio bursary at Assemblage Studios and worked there for a period as an independent artist. Her most recent of several group exhibitions was The Invisible Exhibition - Season 5 in 2019 at The Centre For The Less Good Idea, Johannesburg. 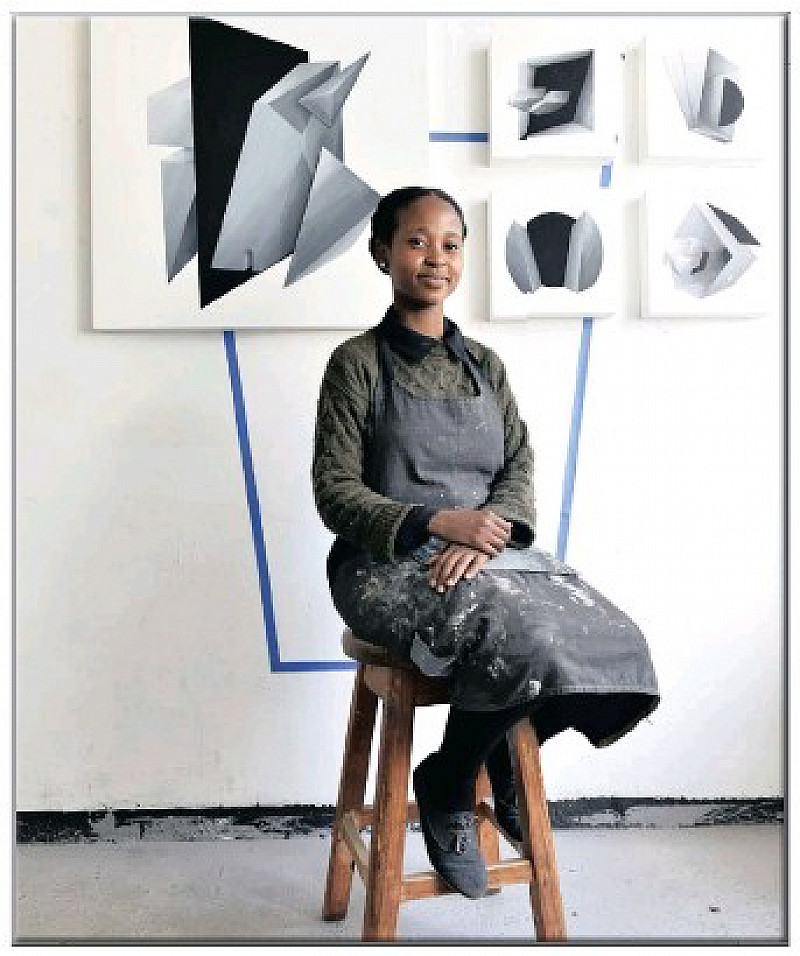