Nkosinathi “Nathi” Quwe sees his art as a calling. He is a visual messenger - telling stories in his work that have been told before but by bringing in new elements and layers, he connects differently with his viewer. His inspiration comes from religious rituals, listening to jazz and from South Africa’s troubled past where he feels it is his duty to address these ills and injustices through his work. Quwe paints on different mediums, working primarily on canvas but also on fabric where he works with a fashion label. He is a spiritual person and to him, it is important that we embrace who we are.

Quwe was born in a township in Butterworth (Eastern Cape) but now lives and works in a studio at Victoria Yards, Johannesburg. He obtained a B-Tech in Fine Art (Visual Art) and then went on to complete an additional year at the University of Johannesburg in 2005 where he majored in painting. In 2006 he received the Ekurhuleni Art Award in Printmaking and was one of 30 Top Finalists in the SA Taxi Award Competition (2016). Humanity Revisited was a solo exhibition of his held at Eyethu Gallery in Soweto in 2015. Quwe has participated in a number of group exhibitions. In 2018 he was part of the Nando’s Creative Exchange culminating in exhibitions at AVA Gallery, Cape Town and the Bashu Uhuru Freedom Festival. His work appears in several corporate collections globally. 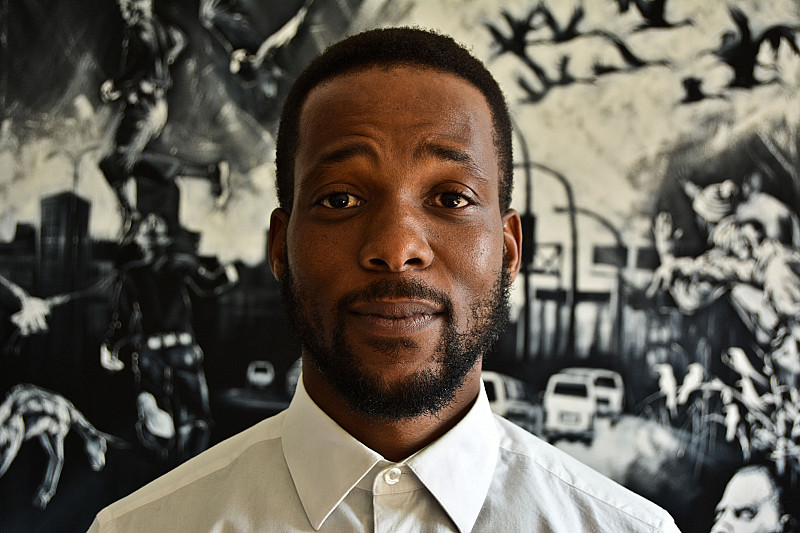