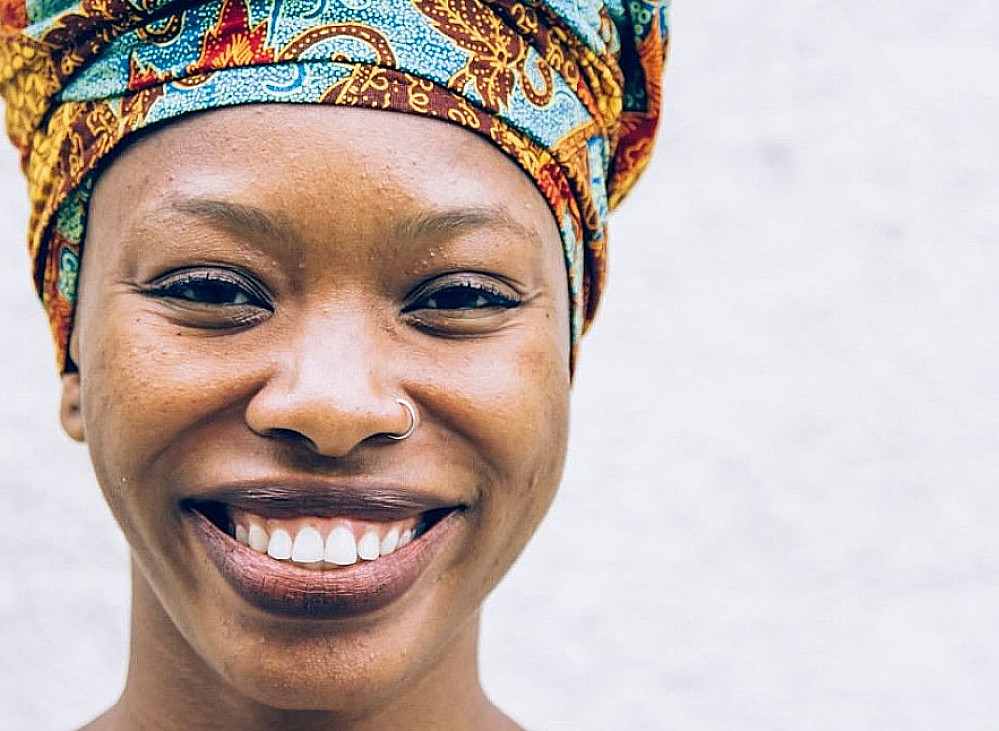 Puleng Mongale was born in 1991 in Orlando East, Soweto. She matriculated in 2009 and went on to attain a General BA, majoring in English and Communication Science, at the University of South Africa. In 2015 she enrolled at Umuzi, a creative hub based in Jeppestown, and pursued copywriting, earning herself jobs in several reputable advertising agencies. Although constantly surrounded by photographers, she only picked up a camera in September 2019 after she had been retrenched. Currently, her favoured medium of expression is digital collages fused with self-portraiture. Puleng Mongale's artistic expression is mostly influenced by the stories of the women in her life; women who raised her and women in her family who she has heard about but never met, such as her late great grandmother, after whom she is named. She also draws inspiration from the black, working-class women she encounters daily in the city. Mongale's digital collage work is a search for identity through an internal dialogue that revolves around a re-imagined history, the establishment and maintenance of ancestral relationships, black womanhood, and re/claiming her heritage. Mongale finds that her collage work, through self-portraiture, allows her to put together pieces of worlds she's never been a part of and worlds that she's trying to forge right now.

Home Is A Feeling

Encounters With The Departed #1

Encounters With The Departed #2

Lord lift us up

The Cravings of a City Girl II

The Cravings of A City Girl III

The Cravings of A City Girl I

Encounters of the Departed II